Using Tablets in the Field: A Case Study 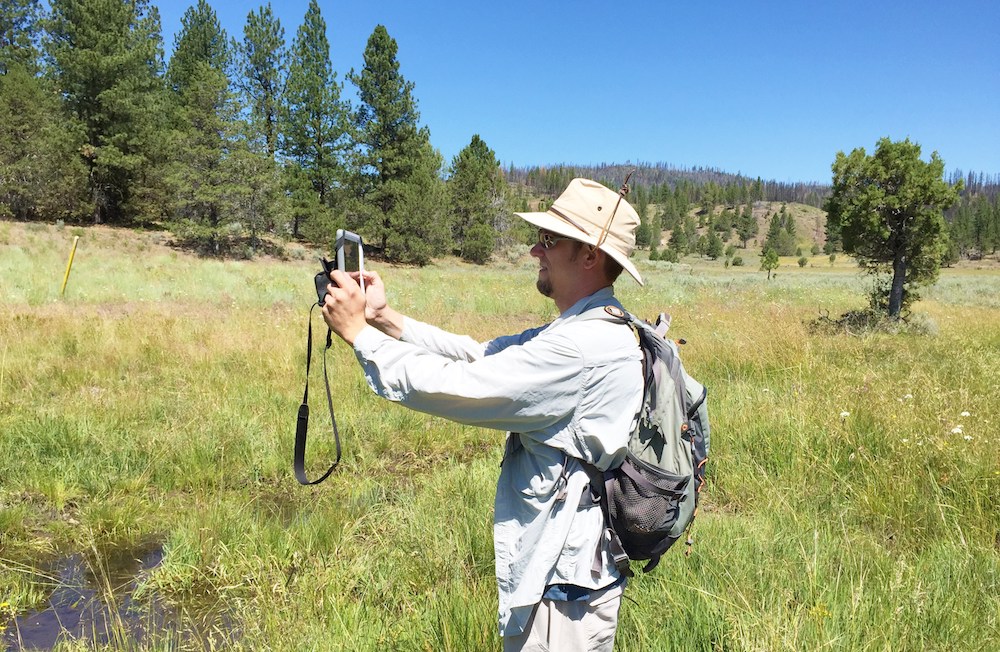 For more than a decade, surveyors across many disciplines (biologists, geologists, archeologists, engineers, etc.) have relied on the same traditional methods for collecting field data, which typically includes carrying a handheld GPS unit for identifying location coordinates, documenting findings in logbooks, and taking photos using a digital camera. However, recent technological advancements in the form of tablets with mobile GIS software paired with external GPS receivers are providing new opportunities to field surveyors. This mobile technology can substantially increase efficiency, reducing field surveying and post-processing costs. To evaluate the benefits of this new technology as well as any potential drawbacks, I led teams of biologists documenting the differences between using traditional methods and new mobile technology during the 2013 and 2014 field seasons using post-construction habitat restoration monitoring of a multi-state natural gas pipeline as a case study.

A comparison of the data collection methods following the 2013 field season was astonishing; showing that biologists using the mobile technology gained the following efficiencies:

Although we began testing our mobile technology solution in 2013 by using printed data sheets along with the tablet, by the end of the 2013 field season overwhelming data on the efficiencies and confidence of using the tablet supported the move to an entirely tablet based reporting system in the field for 2014. Utilizing mobile technology without paper datasheet duplication, surveys were conducted almost 20% faster than originally estimated at the beginning of the 2014 season and a significant amount of time was saved in post-processing and documentation of the results for our client. 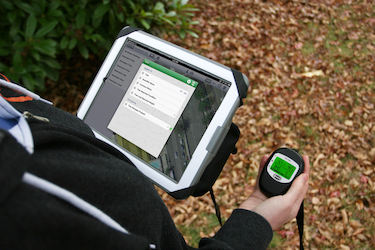 The new mobile technology includes a combination of a tablet with a mobile GIS app and an external GPS receiver. The GPS receiver communicates accurate location data to the tablet automatically via a Bluetooth® connection. This makes it possible to work in remote locations, disconnected from cellular service. Depending on the GPS receiver model, geolocation data can be captured anywhere from 3-meter to submeter accuracy. Many mobile GIS apps are highly customizable, allowing the creation of data forms that mimic paper data sheets.  These apps also allow the capture of photos and video with the tablet which are linked directly to the GPS coordinates (point, line, or polygon) and information about the asset in the photo.

At the end of the field day, surveyors can sync their data directly from the field if they have cellular service or wait until they return to their base of operations and connect to their Wi-Fi. Syncing that data is as easy as tapping a button within the GIS app. Once the data has synced, all staff provided with the appropriate access permissions can view the data along with data synced by all other field teams to date. The additional benefit of using this mobile GIS software is that any changes in the database made by office GIS staff (route alterations, data form changes, etc.) are automatically pulled into the tablet during syncing.

Although many tablets have the capability of performing these functions, after comparing specifications such as camera quality, durable design, availability of waterproof tough cases, mobile GIS apps, and compatible external GPS receivers; we found the Apple iPad© provided the most benefits for our field survey needs.  The iPad is one of the few tablets with an all metal construction, has the largest number of available mobile GIS apps, and has one of the largest selections of tough cases and external GPS receivers to choose from, all in addition to a quality camera. In addition, our solution for this project utilized the Bad Elf GPS Pro and the iGeotrak GIS app.

As with all new technology, unfamiliarity with the equipment can often create a barrier to use. Training GIS staff and field surveyors to properly use the equipment creates upfront costs, which companies may not be willing to pay. However, our teams found that given most staff’s familiarity with smartphones, they typically adapt quickly to using mobile GIS technology. In addition, our case study has shown substantial cost savings, particularly for linear projects such as pipelines that cross multiple jurisdictions and types of terrain.

Based on the results of our 2013 and 2014 case studies, we found the quality of data from using the mobile technology likely improved by eliminating potential errors introduced during the manual transfer of data from paper datasheets to an electronic database. The efficiencies gained in the documentation and distribution of the data resulted in substantial cost savings, even when considering some of the upfront costs of training and pre-survey preparation of automated data forms and creation of the Project specific GIS data in the mobile GIS app system. In addition, this technology is extremely adaptable and can be applied to survey data in a variety of disciplines aside from biology, including documentation of cultural resources surveys, geotechnical data, and other engineering data that may be needed for the Project.

Since this case study, we have expanded our tablet use across many types of biological surveys, including routing surveys, threatened and endangered species surveys, aerial raptor nest surveys, eagle point count surveys, noxious weed monitoring, habitat mapping, and wetland delineations. The potential for this technology will only continue to expand, providing additional opportunities for developers and agencies to save time and money in the future.