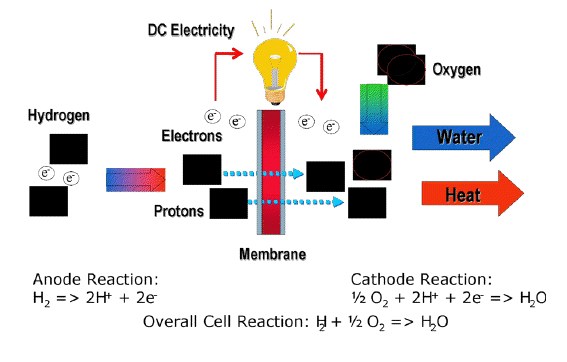 The UAV, or drone, landscape changes daily and it’s actually quite exciting to watch.  Good cameras get lighter, light cameras get better, and 4k video cameras are slowly replacing 1080p cameras in drones.  The FAA is churning out UAV exemptions, at least compared to 2014, and more drone makers are claiming they are data companies as they unveil cloud services to analyze the data their drones collect for the user.  But, with all this, I still wonder which power systems are going to be the ultimate winner in the quest for hour plus long flights, especially for power hungry multi-rotors.

Current technology on UAVs provides variations of a few systems, all gas, all electric (lithium), solar power to charge onboard lithium batteries, hybrid gas-powered generators that charge onboard lithium batteries, fuel cell batteries, and lastly tethered drones running like a vacuum would.  I’m not sure which system is going to prove to be the most versatile, but here is a discussion of the technologies as they stand today.

This is obviously an old (and loud) power system that has been used by hobbyists and military UAV’s for decades.  Today, these gas-powered UAVs used for commercial use are often helicopter format units that are large and powerful with longer flight times (1-3 hours) and capable of carrying larger payloads (25 – 50 lbs).  Examples include Yamaha’s RMAX and Fazer helicopters, both capable of aerial imagery capture and crop spraying, HSE’s Alliance for industrial use, and fixed-wing endurance models like the Penguin B UAV (20 hour flights) from UAV Factory.  These can be expensive UAV’s and arguably overkill for most groups looking to conduct mapping, precision agriculture, or utility inspections.

This is the most familiar system today with popular models like DJI Phantom and Parrot Bebop owning the hobbyist space around $1k-$1.5k and sub-20 minute flight times.  Larger models for commercial-use generally have large batteries (some the size of bricks) and can carry heavier cameras.  However, this becomes a balancing act between the weight of the battery and the extra juice it can provide.

Fixed-wing lithium powered UAVs fair a little better in flight time compared to multi-rotors.  Fixed-wing UAVs have the benefit of design-provided uplift so they don’t have to work as hard.  However, they also are limited to mapping functions since they lack the ability to hover and get in close for inspection type work that multi-rotors are proving to be so adept at conducting.  More popular commercial fixed-wing models include Sensefly’s eBee series 50 minute flight, Precision Hawk’s Lancaster, and our local HoneyComb’s AgDrone System 50 minute flight times.

Obviously a lot of potential for solar-powered UAVs, but this technology is limited to fixed-wing because of the surface area required to pack on enough solar cells.  Systems like Google’s Titan Aerospace and NASA’s Helios are impressive and massive vehicles with the surface area in wingspan necessary to hold an appropriate number of solar cells.  Otherwise, this technology is still in it’s infancy for smaller UAS, but Silent Falcon UAS Technologies has the Silent Falcon with a claimed flight time of 12 hours!

[embedvideo type=”youtube” id=”gBzblYY3v-M”]Top Flight believes it has the answer for extended flight times on multi-rotors with their Airborg H6 1500 with a max flight time of 2.5 hours with 1 gallon of gasoline.  The Airborg is supposed to be capable of carrying a 20lb max payload, but it remains to be seen how long the flight time is with an average 10lb or so payload.  Regardless of their claims and having to wait for 3rdparty testing, this is a very exciting avenue for UAS power systems and one I would expect to see more of in the future.

Hybrid powered UAS may provide longer flight times, but having to deal with gasoline can be messy and makes for a louder motor system.  I’m really excited to see the fuel cell technology develop.  EnergyOr Technologies showed an amazing 2 hour and 12 minute flight with multi-rotor and a fixed-wing H2 Demonstrator UAV with 10 hour flight times.  This diagram from their website describes in general terms how fuel cell technology works.  While EnergyOR isn’t in the business of making UAS, they have proven that their fuel cell technology can be incorporated by other UAS developers.  The question remains the cost and whether or not that additional flight time makes this a better option than the hybrid or solar systems.

Another company examining the multiple types of fuel cells for UAV use is Horizon Energy Systems.  They offer 3 fuel storage types; compressed hydrogen gas, hydrogen generation cartridges, and hydrogen generation cartridges.  They recently unveiled their HYCOPTER multi-rotor UAV that they hope will record a first flight endurance of 4 hours.  These cartridge systems could be a boon for the UAV industry if pricing can be kept reigned in, otherwise it may stay a military option (Lockheed Martin and Boeing incorporating development) until technology can catch up maybe 5 years down the road.

There are a few UAS applications that really need guaranteed long flight times.  Police and fire departments will have a difficult time utilizing a UAS if they have to land it every 15 minutes to swap batteries.  Therefore, tethered systems may be appealing for their use case.

Allied Drones HV44 HornetCam is an electrical powered multi-rotor UAV with a micro-tether cable that connects to a power supply on the ground and offers unlimited flight endurance since the device doesn’t carry a battery.  However, that same unlimited flight endurance limits the maneuverability of the device.  But if you need to quickly put an eye in the sky above your head that can stay for hours at a time (monitor a fire or crowd control), then this could be a great option until other systems like fuel cells, hybrid, or solar systems can become more robust and invade the current UAS industry.