Brief Introduction to GPS and GLONASS

This post discusses simplified descriptions of GPS and GLONASS, and a follow-up post will discuss User Best Practices to keep in mind for achieving the most accurate data.

GPS, What is it Really?

The Department of Defense Navstar Global Positioning System is a type of Global Navigation Satellite System (GNSS) that is commonly referred to as GPS. The GPS system is a network of approximately 24 satellites placed in orbit by the US Department of Defense. In simplified terms, GPS receivers analyze radio wave signals received from GPS satellites to accurately triangulate the user’s three-dimensional location (latitude [y], longitude [x], and altitude [z]). Actually, triangulate isn’t completely correct; the correct term is trilateration, and TomTom has a nice description of it HERE.

This typically requires visibility of a minimum of four satellites. Thus, the more satellites your receiver communicates with at one time, the more accurate and precise it can estimate your coordinate location. Redundancy increases accuracy. However, it must be kept in mind that these 24 GPS satellites are not all accessible at once as they are arranged in orbit to eliminate a time of day when there would be fewer than four or five satellites in view from any location on the globe. Because of this, the number of available satellites fluctuates during a 24-hour period but should stay between 6 and 11 satellites at any given time.

Here is a visualization of GPS satellite constellations and how the number of available satellites in black changes over time for any given fixed location on Earth. *sourced from Wikipedia

CalSKY is a neat website that can predict the available GNSS satellites available based on a location and the timeframe of interest.  Enter your location of interest and timeframe, and it will estimate the satellites that will be in view and the estimated solution accuracy, including PDOP value.

When signals from GPS satellites travel along a direct path to the GPS receiver, the location can be calculated quite accurately. However, there are potentially multiple sources of error that can alter the direct path, thus decreasing accuracy and precision. One of the most important aspects for users to understand is that GPS satellites work with GPS receivers in a line-of-sight communication system. Unlike the medium and high-frequency AM and FM radio waves capable of traveling through walls, GPS satellite signals are radio waves at super-high and extremely high frequencies that cannot travel through solid objects. Because of this line-of-sight aspect, GPS receivers lose communication connection with satellites when there are solid objects causing interference, such as tree canopy or the roof of a vehicle.

Typically, there are three broad categories of GPS receivers, (1) consumer, (2) mapping, and (3) survey grade. Consumer grade are common receivers such as Garmin’s eTrex series and TomTom’s, and other car GPS navigation systems, and are usually accurate down to 4 or 5 meters. Mapping grade is commonly used by field biologists and environmental scientists and can achieve accuracy between submeter and 3 meters. Survey grade receivers are used for delineating property boundaries, roads, pipelines, etc., and are accurate within centimeters.

Wait, What is GLONASS?

For a long time, the GPS system was the only one available to commercial users. Now, the Russian satellite-based navigation system known as GLONASS (Global Orbiting Navigation Satellite System) includes 24 operational satellites as of October 2014 and works alongside GPS to give users access to approximately 48 satellites. With some GPS receivers now capable of making use of both GPS and GLONASS satellites, which are referred to as GNSS receivers.

GNSS receivers have potential access to 14 – 20 satellites at one time, compared to the 8 – 12 satellites for GPS-only receivers. ANATUM’s recent testing over multiple days found our GPS receiver was able to use 8 or 9 (8.25 average) of those GPS satellites while our GNSS receiver used between 10 and 17 (14.4 average) satellites.

Today, there are also two more global satellite systems beginning their build out; Europe’s global satellite system called GALILEO and China’s regional BEIDOU system, which will become global as COMPASS. In the future (around 2020), and assuming receiver technology advances enough, there is the potential that a single GNSS receiver could have access to more than 100 satellites from the combined GPS, GLONASS, GALILEO, and COMPASS systems. 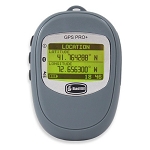